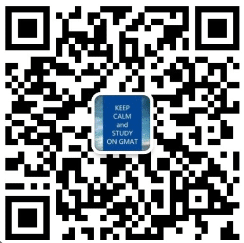 A small number of the forest species of lepidoptera (moths and butterflies, which exist as caterpillars during most of their life cycle) exhibit regularly recurring patterns of population growth and decline—such fluctuations in population are known as population cycles. Although many different variables influence population levels, a regular pattern such as a population cycle seems to imply a dominant, driving force. Identification of that driving force, however, has proved surprisingly elusive despite considerable research. The common approach of studying causes of population cycles by measuring the mortality caused by different agents, such as predatory birds or parasites, has been unproductive in the case of lepidoptera. Moreover, population ecologists’ attempts to alter cycles by changing the caterpillars’ habitat and by reducing caterpillar populations have not succeeded. In short, the evidence implies that these insect populations, if not self-regulating, may at least be regulated by an agent more intimately connected with the insect than are predatory birds or parasites.

Recent work suggests that this agent may be a virus. For many years, viral disease had been reported in declining populations of caterpillars, but population ecologists had usually considered viral disease to have contributed to the decline once it was underway rather than to have initiated it. The recent work has been made possible by new techniques of molecular biology that allow viral DNA to be detected at low concentrations in the environment. Nuclear polyhedrosis viruses are hypothesized to be the driving force behind population cycles in lepidoptera in part because the viruses themselves follow an infectious cycle in which, if protected from direct sunlight, they may remain virulent for many years in the environment, embedded in durable crystals of polyhedrin protein. Once ingested by a caterpillar, the crystals dissolve, releasing the virus to infect the insect’s cells. Late in the course of the infection, millions of new virus particles are formed and enclosed in polyhedrin crystals. These crystals reenter the environment after the insect dies and decomposes, thus becoming available to infect other caterpillars.

One of the attractions of this hypothesis is its broad applicability. Remarkably, despite significant differences in habitat and behavior, many species of lepidoptera have population cycles of similar length, between eight and 11 years. Nuclear polyhedrosis viral infection is one factor these disparate species share.

The primary purpose of the passage is to